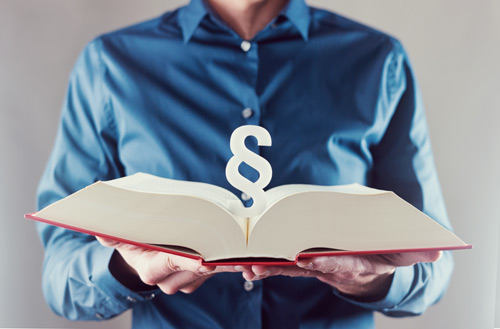 Let me start this section off with this –

Laws, gambling or otherwise, are vague. It doesn’t matter what country you’re looking into.

A lot of things are going to ‘depend’ or be considered a ‘grey area.’ Nothing is ever black or white.

And that’s definitely the case for India’s gambling laws.

One reason for this (in India’s case) is they rely on outdated laws that don’t factor in the advances in technology.

Take the Public Gambling Act of 1867, for example.

This is more than 150 years old. But the country still leans on this law as if it’s relevant.

The PGA doesn’t do much – it merely makes running a gambling house illegal. The penalty is relatively small – ₹200 and/or 3 months prison.

This law also brings up the luck vs skill argument. And while you could say that sports betting (and poker and blackjack) are more about skill than luck, the goverment doesn’t seem to see things that way.

So, sports betting is a grey area at best, and illegal at worst.

(Though that hasn’t stopped an estimated $60 billion from flowing through the country – half of which is assumed to be wagered illegally.) To our knowledge, not a single person has been fined or arrested in India for online gambling.

Fortunately, India allows each state to determine their own gambling laws.

It’s possible to gamble (legally) in Goa, Daman and Sikkim. In fact, there are 12 brick and mortar casinos between Goa and Sikkim alone, where you can bet on sports and play casino games.

Online gambling is possible. But because of the Information Technology Act 2000, any activity the government views as corruptible to its people is prohibited. This comes with fines of up to ₹1,00,000 and/or 5 years in prison.

Indians are able to place bets with offshore sportsbooks and casinos. A couple examples include Bet365, Betrally and Betway. All 3 are top-notch, and all 3 accept Indian players.

And since they’re offshore there is little the Indian government can do (outside of getting involved with payment processing – which we have already covered – or censoring what their people can do online, which it sounds like they’re doing or trying to do).

So, that’s the long and short of it.

Gambling in India is legal in a few states, but only offline. If you want to gamble online you’ll have to do so (illegally) at an offshore sportsbook or casino.As always we can expect a lot of back and forth between the politicians before anything happens. The opposition is ready to exploit any hint of gambling as much as possible. Minister for Law & Justice, Ravi Shankar Prasad, latest reply (Aug 2018) seems vague at best

Experts and handicappers alike think it will take years to turn into law.

Some books will not accept credit or debit card payments from Indians.

That creates a problem, to say the least. But do not give up hope just yet! Other deposit options may still be able to help you.

If you are unlucky you might run into problems trying to use Credit card, Entropay or even Neteller, all of which have had earlier problems with India.

And you can thank the Payment and Settlement Act, 2007 for that. This was signed into law on December 20th, 2007 by Madame President Patil.

This law gives the Reserve Bank of India the ability to regulate all forms of electronic payments. The most important part of the law states that:

You know what this means, don’t you?

The government gives them the right to make policies on demand for anything to do with payment processing.

(Policies created on a whim –without much thought— are hardly ever a good thing.)

And that’s not your only problem. There’s also the Foreign Exchange Management Act (FEMA) 1999. This governs the exchange of foreign currencies.

This, too, can get in your way of making a deposit if you try to make a deposit to an online sportsbook in anything other than rupees (for whatever reason).

Online gambling is illegal in India. And you may have hurdles you’ll need to get over to make your deposit.

It is possible. Lots of other Indians are doing it. You can too IF you’re okay with the risks.

We’re not lawyers. We can’t tell you what’s right or wrong in your state, or what your next action should be.

Of course, you can always gamble offline if you want to be 100% compliant.

But if you want to bet on cricket online, be sure to choose a top-notch sportsbook, and preferably one that accepts the banking method you want to use.

From there, simply cross your fingers. 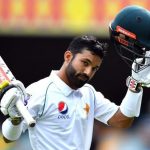 November 12, 2021
Cricket el classico today is a match we can all enjoy . captain cool vs captian aggressive 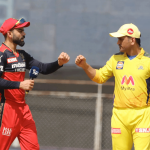 Cricket el classico today is a match we can all enjoy . captain cool vs captian aggressive