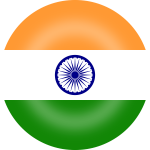 When perusing the batting and bowling ranks listed above, it is hard not to recognize this India team as the best in the world, despite what the odds lists or ICC rankings say. They can do a lot.

It is notable that Bumrah and Shami were not available for India’s 2-1 defeat by England last year and Kumar played only once. They also have a final appearance in the 2017 Champions Trophy to their name so the notion that they will struggle in English conditions holds little water.

PL 2020 Postponed Due To Coronavirus, To Start From April 15 Instead Of March 29: BCCI

ABOUT US
Welcome to khellindia.com the ultimate guide for online bookmakers
Contact us: info@khellindia.com
Powered by Spalvalo. Registration number: HE 374434 Poseidonos,1, Flat/Office 201, Aglantzia, 2101, Nicosia, Cyprus