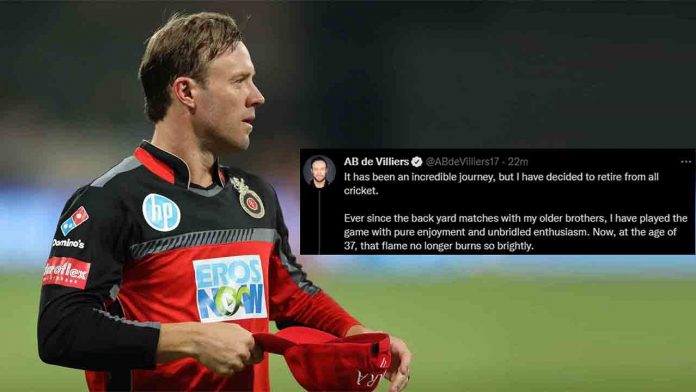 De Villiers, who had retired from international cricket in 2018, joined RCB in 2011 and enjoyed a successful career, scoring 4491 runs from 28 matches and was instrumental in the franchise reaching the IPL Playoffs five times.

Speaking about this decision, AB de Villiers said, “I have had a long and fruitful time playing for RCB. Eleven years have just whizzed by and leaving the boys is extremely bittersweet. Of course, arriving at this decision took a lot of time, but after a lot of contemplation, I’ve decided to hang up my boots and spend quality time with my family. I would like to thank the RCB management, my friend Virat Kohli  teammates, coaches, support staff, fans, and the entire RCB family for showing faith and supporting me all through these years.”