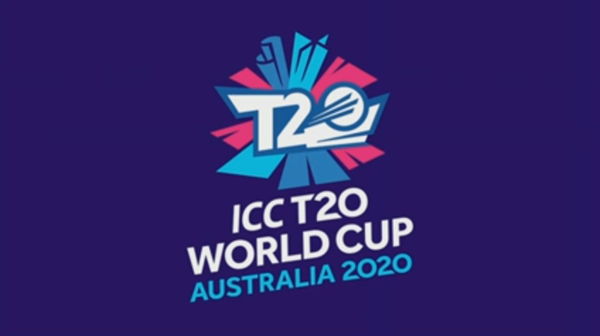 Hosts, defending champions, world number one team, favourites. Australia head Group A and are expected to go all the way and defend their crown on home soil in this tournament.

They start the tournament in fine form too, having won eight of the nine T20 internationals they played in 2019.

Recently, the Women’s Big Bash League showed the strength in depth of talent in the country too and there are some big decisions ahead for the Australian selectors.

Captain Lanning and wicket-keeper Healy are second and third in the batting rankings meanwhile, while Mooney showed her batting form with 743 runs in 16 innings to help Brisbane Heat win the WBBL again.

Australia, in short, have talent across the board. World-class batsmen, all-rounders, bowlers (pace and spin) and strength in depth in all departments too make for a formidable line-up. This is their tournament to lose.

India started the 2018 tournament in fine form, only to fall short in the semi-finals – victories against Australia and New Zealand in the group stage ultimately counting for nothing.

They looked shell-shocked for a while after that, suffering series whitewash defeats to New Zealand and England – and there still remain big question marks as to whether they can match the top teams consistently enough.

But they come into the tournament on the back of dominant series wins against South Africa at home and West Indies away to restore pride and confidence.

Harmanpreet Kaur, Jemimah Rodrigues and Smriti Mandhana lead the way with the bat – all three sitting inside the top ten in the world rankings.

Mandhana, aged 23, is rapidly closing in on 1,500 T20i runs and teenager Rodrigues looks set to follow a similar path.

The future then looks bright for India, but in the here and now they are one of the teams to beat too – with those batsmen backed by the bowling of the likes of Radha and Poonam Yadav, as well as all-rounder Deepti Sharma.

India sit fourth in the world rankings, and the three teams above – New Zealand, Australia and England – have all been more successful on the world stage. But they proved in the last T20 World Cup, they are not far from being able to challenge that elite.

The two-times runners-up missed out on the semi-finals last time out but they come into this tournament with a not-so-secret weapon in stunning T20 form.

Sophie Devine was voted Player of the Tournament at the Women’s Big Bash League as she hammered nine half-centuries on her way to 769 runs in 16 innings and also took 19 wickets.

She topped the batting charts, was the joint-fourth highest wicket-taker and led Adelaide Strikers to the final.

Only Ellyse Perry is above Devine in the women’s world T20i all-rounder rankings, and if she replicates her WBBL form when she gets back to Australia, she will lead the New Zealand charge.

The White Ferns also boast the world’s top-ranked women’s T20i batsman, Suzie Bates, and at the opposite end of the experience scale, Amelia Kerr has made a big impression on the big stage already.

New Zealand have only played one T20i series since the last World Cup, but crucially they beat India 3-0 and that will be the key battle in this tournament. If the White Ferns can get the better of India, a semi-final place at least awaits.

Sri Lanka were the lowest ranked of the automatic qualifiers for this tournament, and their recent results do not bode well for them.

Whitewashed in all three series they have played since the last World Cup – when once again they failed to get past the first round – they most recently suffered three heavy defeats in Australia.

Chamari Atapattu’s maiden T20i century in the first game was at least one positive, but they only scored 84/8 and 94/7 in their next two innings on their way to two heavy defeats.

It highlighted the huge gulf between themselves and the rest of the world in T20i cricket and their main target from this tournament should purely be to beat Bangladesh to retain their top-eight ranking.

Even that, however, is not a gimme. Atapattu is the stand-out star, but there is a distinct lack of strength in depth otherwise.

The Tigers came through the qualifying tournament once again to book their place at their fourth consecutive World Cup.

They failed to win a game last time out, falling well short with the bat, but there have been a few signs lately that they are closing the gap to the top eight.

In their recent series with Pakistan, they lost all three WT20i matches but then won one of the WODI games, and there were plenty of positives on the tour too.

Jahanara Alam’s bowling was an obvious one – taking nine wickets in the three WT20i matches – while 22-year-old Nigar Sultana represents the new generation of players, of whom there is a much excitement.

Salma Khatun, Sanjida Islam and Rumana Ahmed are other players to look out for, but realistically the Tigers still do not have the prowess to make their mark on this tournament.

Of more interest will be their game against Sri Lanka, where a win could help lift them up the world T20i rankings.

Runners-up in three of the last four tournaments – losing to Australia on every occasion – the 50-over World Cup champions last won the T20 tournament when they hosted the first edition in 2009.

Since then, they proved they remain one of the world’s top teams, but have been unable to get the better of Australia – and the results of last year’s Women’s Ashes suggest it could be a similar story again.

England have quality in their squad, there is no doubt of that – they proved as much with three dominant wins against Pakistan in Malaysia in December.

Players like Amy Jones, who top-scored in the first two games of that 3-0 series win, also showed form in Australia at the WBBL. Wicket-keeper-batsman Jones scored 391 runs, while Danni Wyatt hit 468 and was named in the team of the tournament.

Captain Heather Knight, batsman Tammy Beaumont and all-rounder Nat Sciver are also among the key players in this team – and all three were involved in the WBBL to hone their form too.

It could be a similar story, however – their form against India when they last met suggests they have every right to call themselves the second-best team in the world. The issue is making that jump to beat Australia.

Big-hitting batsmen like Lizelle Lee and Mignon du Preez – who have both made their mark in domestic T20 cricket at the KSL and WBBL this year – and a premier fast bowler in Shabnim Ismail mean South Africa can not be written off.

Add Chloe Tryon, Marizanne Kapp, who reinvented herself as a true all-rounder in the WBBL, and Kapp’s wife Dane van Niekerk to the mix, and South Africa have a strong core to their team.

They have a great chance of reaching the semi-finals of this tournament, after managing to avoid Australia, India and New Zealand in the group stage too.

South Africa have only once reached the semi-finals, and will have to beat West Indies to a place this time out, but they sit just one place below them in the world rankings now.

A comfortable series defeat to India showed they still have some way to go to challenge the top teams – and they are very much outsiders for the tournament as a whole.

But if the likes of Lee, Du Preez, Kapp and Ismail can hit top form against the West Indies, there is no reason they can not reach the last four at least.

On the other side of that coin then is the West Indies – winners in 2016 and semi-finalists in the other four of the last five editions.

They were perhaps unfortunate to face Australia in the semi-finals last time out, in the Caribbean, having topped their group and they were over-whelmed in that game.

But their unbeaten group stage campaign, including a win against England, showed they are still among the world’s top teams.

Stafanie Taylor, Hayley Matthews and Deandra Dottin are all inside the world’s top ten all-rounders in T20i cricket.

The concern, however, will be their drop down the world rankings after defeats to England, Australia and India in their last three bilateral series. West Indies have lost their last nine consecutive WT20i matches.

After challenging the top teams for so long, a gap appears to have opened between West Indies and the top now, which means the group-stage game against South Africa will be crucial to their ambitions.

Pakistan lost 3-0 to England in their most recent WT20i series and, sitting seventh in the world rankings, it is hard to see them making an impact on this tournament.

The gap between them and the teams above them is less than for Sri Lanka in Group A – Pakistan have won matches, albeit not series, against West Indies and South Africa since the last World Cup.

Their hopes really rest on a couple of their more experienced players. Javeria Khan was fifth on the top run-scorers list at the last World Cup and three of her eight T20i half-centuries have come in her last five matches.

Captain and all-rounder Bismah Maroof, meanwhile, has scored 11 WT20i half-centuries in 100 innings and picked up 36 wickets too.

Recent results show that, on their day, they can challenge the likes of South Africa and West Indies.

The problem is, on the biggest stage they have not done that so far – hence never getting out of the group stage. It is unlikely this will be the year they manage to break that duck either.

One of the stories of this tournament already is the fact Thailand came through the qualifying tournament to ensure they will make their tournament debut in Australia.

It is the culmination of a gradual rise up the world rankings – the first team to truly profit from the ICC’s decision to open up T20i status to every country.

Thailand proved they could make a mark when they beat Sri Lanka at the 2018 Women’s Twenty20 Asia Cup but it was August’s Netherlands Quadrangular Series they truly announced themselves.

They won five of their six games against the hosts, Scotland and Ireland and carried that form into the World T20 qualifier.

Victories against Ireland, the Netherlands, Namibia and Papua New Guinea booked their World Cup place as their bowlers thrived in Scottish conditions.

Chanida Sutthiruang is the player to watch, having been top wicket-taker and player of the tournament in the qualifier after claiming 12 wickets. She was named ICC Women’s Emerging Player of the Year.

In terms of this tournament, however, it will be all about experience. Thailand have showed they can compete with the second tier of nations in women’s T20i cricket but a tough group will make this a jump too far.

While there are stand-out players in every team as the standard of women’s cricket continues to rise across the spectrum, it is the old guard who remain the teams to watch.

The last time a host nation won the tournament was the inaugural competition in 2009, in England, but Australia is hard to overlook as favourites for this one.

They have strength in depth and every department is covered by a fiercely-strong squad. Champion