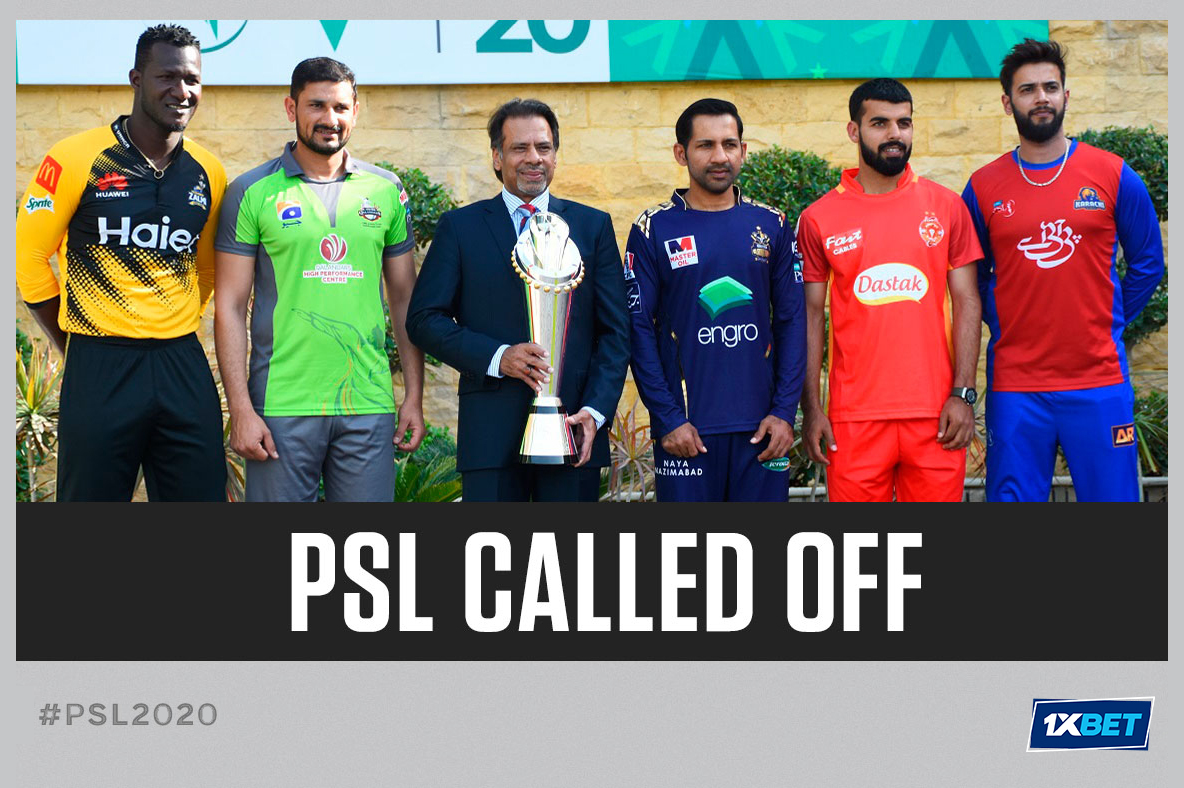 akistan’s Twenty20 cricket league was suspended Tuesday after a foreign player developed suspected coronavirus symptoms before the start of the semi-finals.

The Pakistan Super League (PSL) announced last week that the playoffs would be truncated with this week’s semi-finals and final in Lahore to be played with no spectators to prevent the spread of COVID-19.

The final had already been brought forward from Sunday to Wednesday.

“He’s an overseas player. He is not in Pakistan right now. He’s developed the symptoms in the last 24 hours,” said Khan, adding that authorities had decided against releasing the player’s name.

International players, including from England, Australia, New Zealand and the West Indies, have been leaving the country en masse in recent days as cases of coronavirus rise.

The PCB “has also facilitated the process of carrying out immediate tests of all those who were involved with the (PSL)”, Khan added.

“The PCB hopes and prays that normalcy returns quickly to our society so that everyone can return to a healthy and routine lifestyle and we can bring back cricket to the fans.”

The announcement comes a day after Pakistan said it had also postponed Bangladesh’s upcoming tour because of the virus.

Pakistan has recorded at least 187 confirmed cases of the novel coronavirus, but no deaths so far.

However, officials have tested only about 1,500 potential cases in the country of 215 million people, where healthcare is frequently inadequate.

The month-long PSL began in February, with games held solely in the cricket-mad country for the first time in its five-year history.

Previous editions were held wholly or partially in the United Arab Emirates over security fears.

A deadly 2009 attack on the Sri Lanka team bus halted international cricket tours to Pakistan, but visits are gradually resuming following an improvement in security.