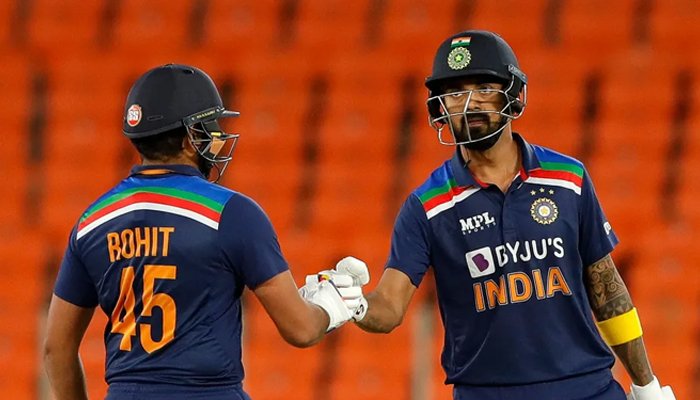 The Board of Control for Cricket in India (BCCI) on Tuesday (November 9) announced Team India’s 15-man squad for the upcoming home series against New Zealand. With Virat Kohli’s tenure as India’s T20I captain coming to an end with Men in Blue’s exit from the T20 World Cup 2021, Rohit Sharma was named as India’s new T20I captain for the series. Kohli has been rested for the first Test against New Zealand to be played at Green Park in Kanpur from November 25-29.

Rohit Sharma, who has won five IPL titles while leading the Mumbai Indians (MI), was the front-runner to replace Kohli as India’s T20I captain. Rohit’s first assignment as India’s full-time T20I captain will be the upcoming series against New Zealand – where the two teams will play three T20 internationals and two Tests.

After India’s win over Namibia, Kohli had hinted that Sharma would succeed him as India’s T20I captain. “That’s never going to change. If I can’t do that I will not play anymore. Even when I wasn’t captain before I was always keen to see where the game is going. I’m not going to stand around and do nothing,” Kohli said during the presentation ceremony after India’s facile nine-wicket win in their last match at the T20 World Cup