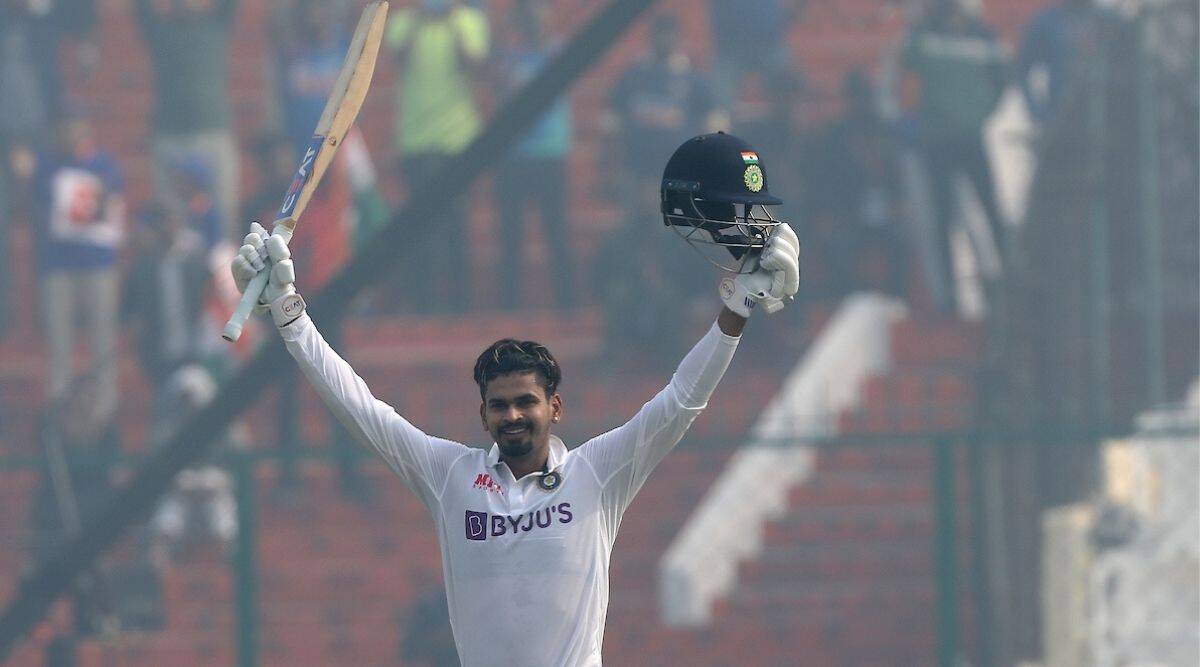 Young Indian batter Shreyas Iyer,  November 26, notched his maiden century in Test cricket. The right-handed batter accomplished the feat in India’s opening Test against Kane Williamson’s New Zealand at the Green Park stadium in Kanpur. On Wednesday, Ajinkya Rahane, who’s India’s skipper for the first Test, confirmed that Iyer would be taking the field in the game.

He came to bat at No.5 after the home team elected to bat first after winning the toss. India had lost two set batters, Cheteshwar Pujara and Shubman Gill in pretty quick succession.

After the hosts lost skipper Rahane, Iyer, along with Ravindra Jadeja put on 121 runs for the fifth wicket. In the second session on Day one, Iyer racked up his maiden Test fifty off 94 balls and looked at home.

New Zealand made a strong reply to India’s first innings total of 345 all out, reaching 129 for no loss at stumps on the second day of the opening Test here on Friday. Will Young and Tom Latham were batting on 75 and 50 respectively at the close of play on Day 2. New Zealand still trail the hosts by 216 runs. India started the day on 258 for four.