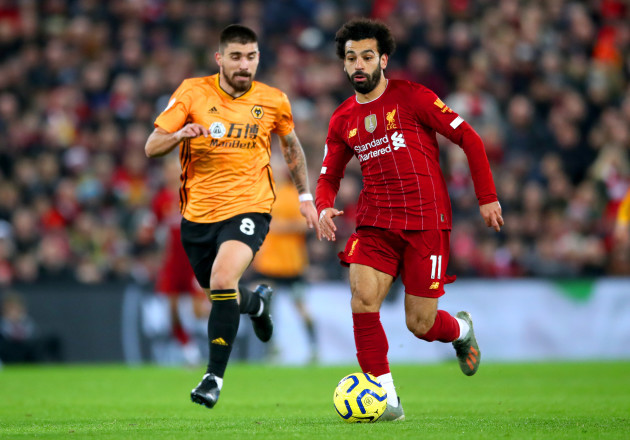 This Saturday’s match between Liverpool, the best team in attacking football, and Wolves, who can beat any great team, can be expected to be a great match Saturday. wolves fc are a very small team compared to Liverpool.

Liverpool’s Mohamed Salah, Sadio Mane is one of the best players in the premier league While it’s very easy to stop both of them,  they can beat Liverpool very easily win.

adma toure Raul Jiminez of wolves FC is playing very well and both of them are very likely to tough in the Liverpool defense.

Liverpool beat Everton 4-1 at home ground Everton, which gives them a lot of confidence. The Wolves drew with Burnley in the final game so this game is essential for them to advance to the table.

They were injured last season Liverpool suffered a lot last season but are a very good team this season and all the players are injury-free. and Liverpool is back stronger than ever.

Defensive side Virgil van Dijk handles the part He is a very good player and one of the best defensive players in the world. Mohamed Salah has been ranked seventh on the Balandior shortlist this season.

The match will be played at Molineux Stadium, the home ground of wolves  this Saturday