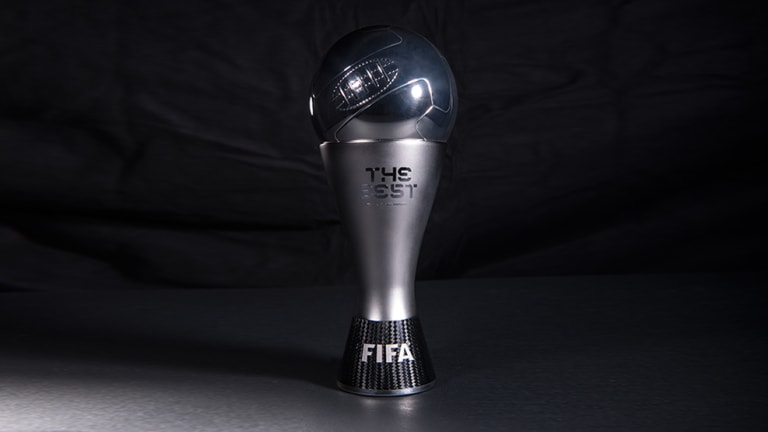 Tottenham Hotspur’s Eric Lamela wins the Puskas Award for Best Goal. The Argentine won the award for his beautiful Rabona goal against Arsenal