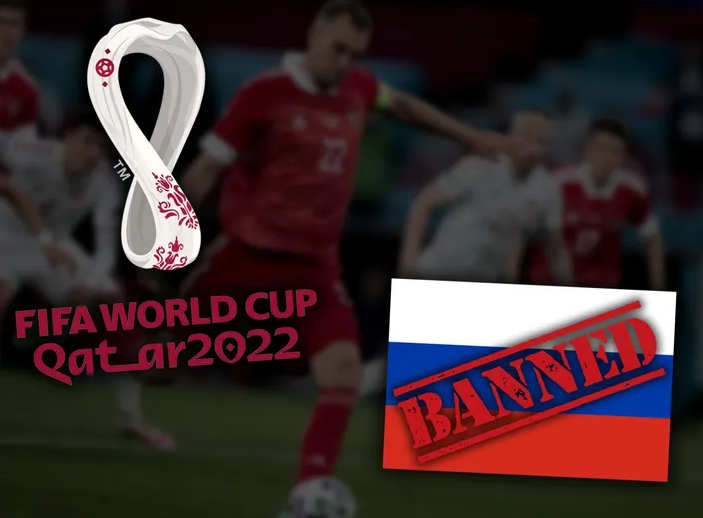 “Football is with unity and with the victims in Ukraine,” he said. “The hope is that the situation in Ukraine will soon return to normal and that football will once again bring unity and peace to the people,” UEFA and FIFA said in a joint statement. Russian club Spartak Moscow has been knocked out of the Europa League pre-quarterfinals following a UEFA ban. Spartak will face native Clobia Leipzig in the quarterfinals of the Europa League. With the departure of the Russian club, Leipzig will be able to secure a place in the quarter-finals.

With the FIFA ban, the group that includes Russia will have to make changes to the World Cup qualifiers. The ban also applies to women’s teams. There have also been reports that the International Olympic Committee has banned Belarus and Russia from the Olympics.