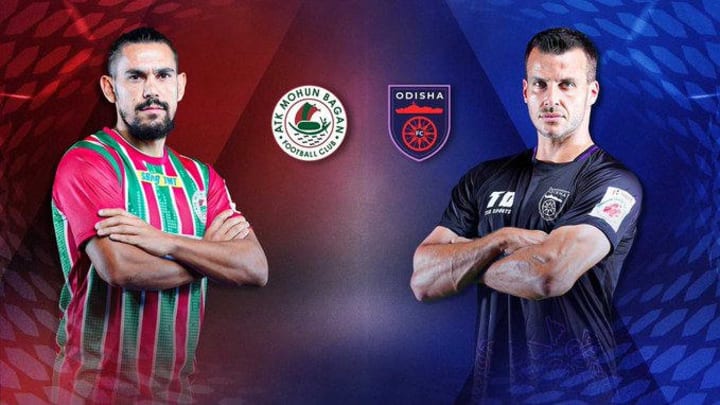 Who will win the Indian Super League clash between  ATK Mohan Bagan vs Odisha? Speaking of this match, it will be a very exciting match as it is between the two best teams in the ISL. Odisha is fifth and Mohun Bagan is sixth in terms of point table. Odisha beat northeast united in the last match(2-0).

Odisha’s recent performance is arguably the best in Odisha, having won just two of their last five matches. Despite being a very good team and having some good young players, the team could not bring in a good way but in the recent matches, we can clearly see a big comeback of Odisha.

In the last match, ATK Mohun Bagan drew 2-2 with Hyderabad. The last two games were postponed even though it was not known if the match would take place in a coding context