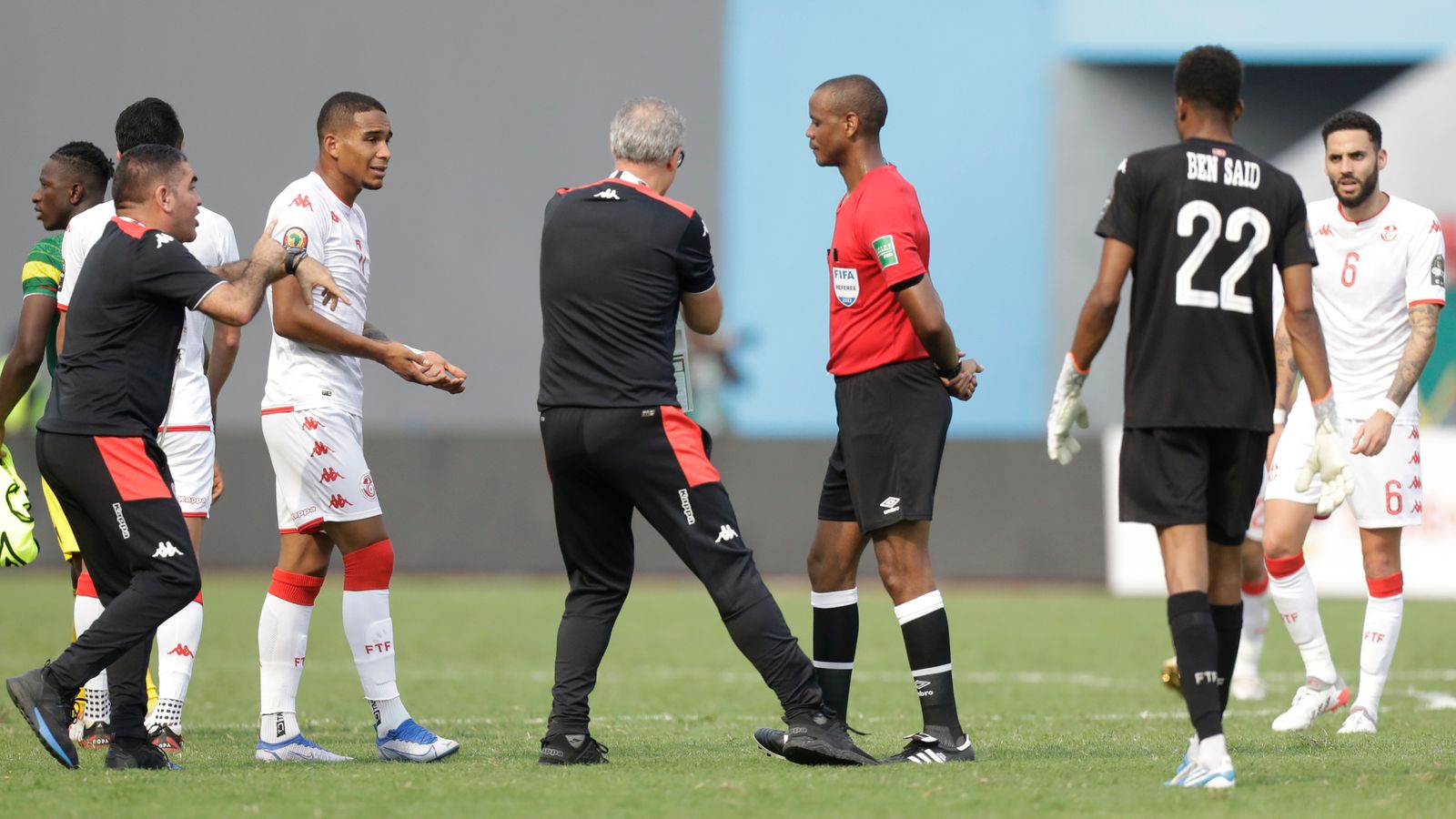 What happened during yesterday’s match between Tunisia and Mali in the 2022 African Cup of Nations is something that has never been heard of in football. Zambian referee Johnny Sikaswe blew the final whistle in the 85th minute of a 1-0 win over Mali. But things did not end there.

Mali took the lead in the 48th minute with a goal from Ibrahim Conte. The referee blew the final whistle in the 85th minute as Tunisia struggled to recover after missing a penalty. With this, the Tunisian players and staff came out in protest. Despite a cooling break in the second half, numerous injuries, a red card, and a video referee’s check, the referee ended the game before the end of 90 minutes without allowing even an injury time.

Mali’s El Bilal Toure was sent off in the 87th minute for a foul on a yellow card.