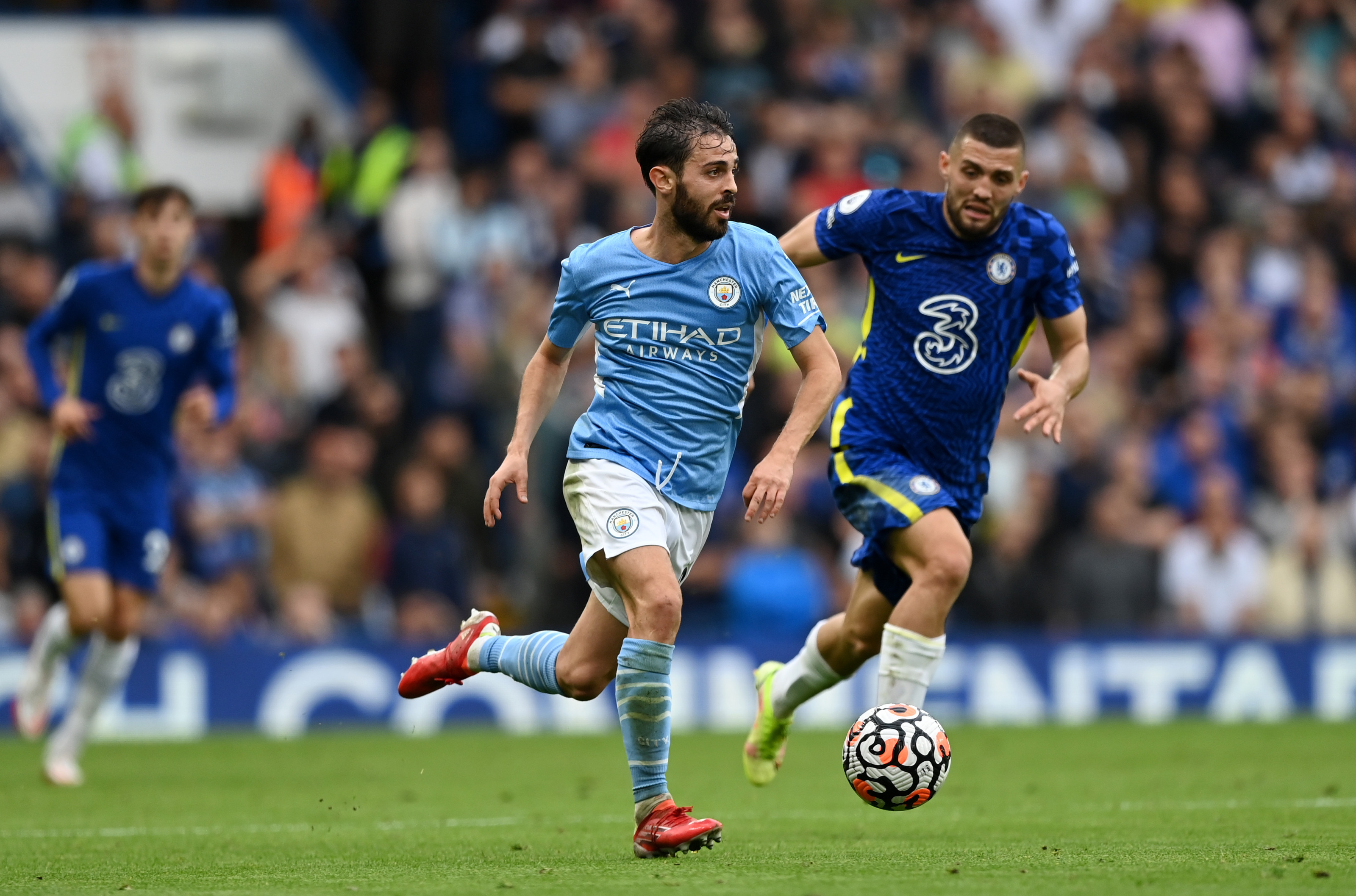 LONDON, ENGLAND - SEPTEMBER 25: Bernardo Silva of Manchester City is put under pressure by Mateo Kovacic of Chelsea during the Premier League match between Chelsea and Manchester City at Stamford Bridge on September 25, 2021 in London, England. (Photo by Shaun Botterill/Getty Images)

Who will win the clash between Manchester City and Chelsea? Both teams are the best teams in Europe. This match is unpredictable. Looking at the current performance, Manchester City will have more chances to win because Manchester City is still top of the points table with not losing a single game.

As for Chelsea, the new coach Thomas tuchell has become a very good team with his arrival. Unlike last season, he has done very well this season. All the players who have returned from injury have given a lot of confidence to the team with their excellent performances. The problems between Lukaku and the coach were a big thing for Chelsea fans but now all the issues have been resolved and the two have shown friendship in the last game so this is a big sign of the team.

However, what happened to Manchester City in response was that City’s key player, Riyad maharez, returned home after qualifying for the African Cup squad. However, City is the team with the best backup players, so none of this affects City. The match will be played at Manchester City’s home ground