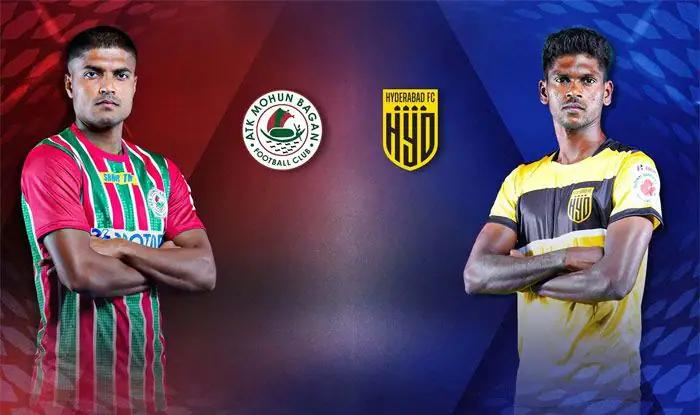 Who will win the Indian Super League clash between  ATK Mohun Bagan and Hyderabad FC? Speaking of this match, it will be a very exciting match as it is between the two best teams in the ISL. Compared to the two teams, Hyderabad is top of the points table in the ISL, having won and lost three of their last five matches.

Hyderabad is the best team in terms of both teams because Hyderabad is a great team with a lot of young players. The chances of success are higher in Hyderabad itself. In the last match, ATK Mohun Bagan drew 1-1 with Mumbai City. The Hyderabad FC are very strong as players like Bartholomew Ogbeche have been doing well this season. Mohun Bagan’s teenager Kiyan Giri played very well and scored a hat-trick in the last match to make history. The match will be played at 7 pm Indian time at the GMC athletic stadium.