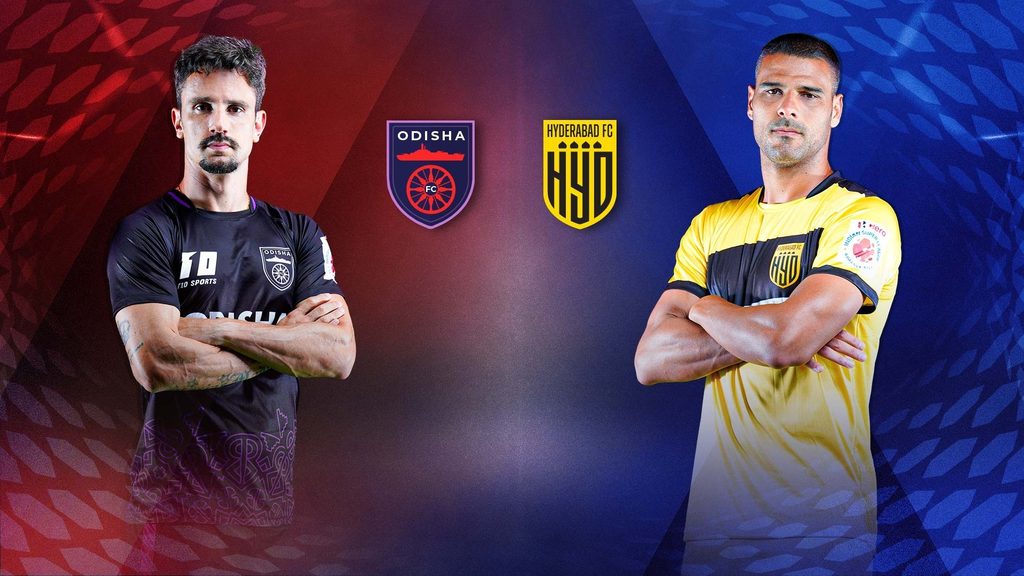 Who will win the Indian Super League clash between Hyderabad and Odisha FC?, it will be a very exciting match as it is between the two best teams in the ISL. Despite being a very good team and having some good young players, the team could not bring in a good way but in the recent matches, we can clearly see a big comeback of Odisha.

Compared to Odisha, Hyderabad is a better team and has a better chance of winning. Hyderabad tops ISL points table Top team makes the best comeback At the start of the ISL, the team could not find the rhythm. But the team is very good at the moment. All the injured players are doing well on the team. This is what has helped Hyderabad in its journey so far.

In the last match, Hyderabad beat East Bengal by four goals 4-0 . What attracted all the Hyderabad fans in that match was their forward line. It is worth mentioning that Bartholomew obeche has been the standout performer this season as his role in the triumphant tour of Hyderabad so far has been huge. The match will be played at 7 pm Indian time at the Tilak Maidan.