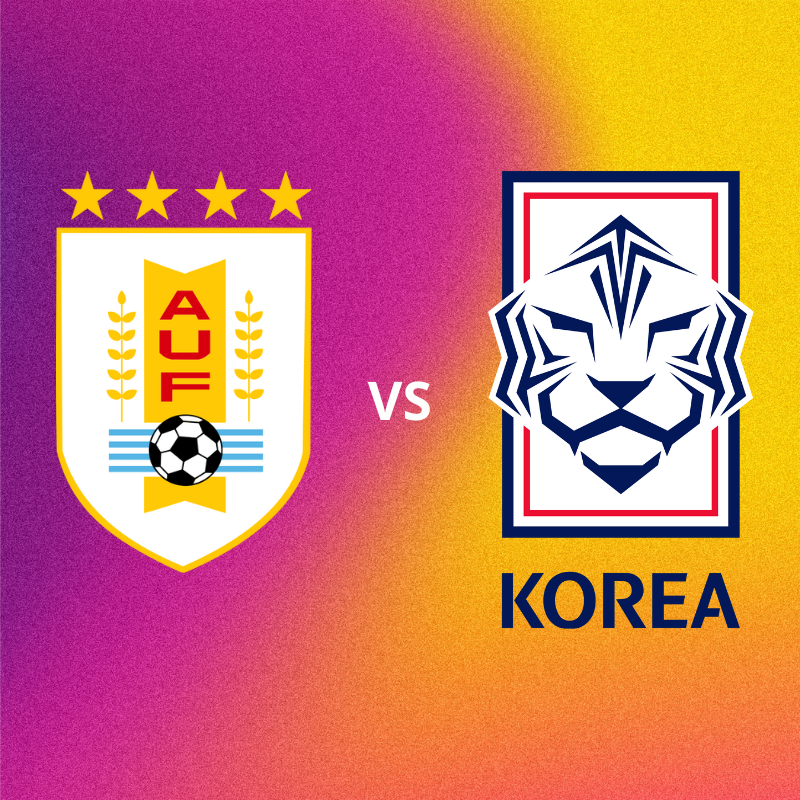 The team of Uruguay will play against a team from South Korea in the first round of the group stage of the World Cup in Qatar. The match will take place on November 24 The current generation of Uruguayan players does not look as formidable. Still, the names of Edinson Cavani and Luis Suarez look better. But even without the strongest squad, Uruguay are a real force. In June, for example, the team demolished the Panamanians (5-0).

The Uruguayans also won their last match. The team defeated Canada (2-0) on the road. However, before that, the team disappointed its fans with a surprise defeat by Iran with a score of 0-1.

South Korea represents the Asian Football Confederation at the 2022 World Cup, which also includes Qatar and five other teams.

The key encounter was in the eighth round of the second stage of qualification against Syria, where the Koreans scored a 2-0 win to guarantee their participation in the World Cup.

More than half of the players called up to the national team play in the South Korean championship. The Chongbuk Hyundai Motors is especially noteworthy – it is represented by six players at once.

The South Korean team is the third strongest team in Asia according to the FIFA rating after Iran and Japan. Since October 2022, the Asian Tigers have been the 28th best team in the world.

We do not want to write off the South Koreans right away, because we know that this team is capable of taking points at the Mundial, it is worth remembering 2014 and the match against Russia. But still the Uruguayan squad has a lot of leaders, such as Nunez, Valverde, Cavani and Suarez, who can do the result against not the most powerful defense of South Korea.